Please disable your adblock and script blockers to view this page.

Established on 28th of March 2010 as "paid to post" forum, ITalkMoney had soon turned into one of the best places to discuss online money making opportunities. Here you will find many ways of earning good income on Internet, like various investment opportunities, online gambling and betting, playing with HYIPs or discuss Forex. You can interact with many famous Forex brokers, discuss different trading styles and platforms, EAs, binary options, stock market and indices. There are also various "Get paid To..." opportunities and don't forget the advertising section where you can advertise your own opportunities and look for referrals. Join in and have fun!

Usdchf Consolidation Above The Level Of 1.0095

No replies to this topic

The pair USD/CHF is likely to fall in price. Estimated pivot point is at a level of 1.0095.
Main scenario: short positions will be relevant below the level of 1.0095 with a target of 0.9724 – 0.9620.
Alternative scenario: breakout and consolidation above the level of 1.0095 will allow the pair to continue the rise up to the levels of 1.0170 – 1.0238. See how to use forex trading here!
Analysis: The first wave of senior level 1 of (3) has been formed on the daily time-frame and the downward correction 2 of (3) is developing now. On the H4 time frame, the wave A of (2) has formed and presumably the local correction B of (2) finished developing. Apparently, the wave C of (2) started developing on the H1 time frame, with the waves of junior level i and ii formed inside. If the presumption is correct, the pair will logically drop to the levels 0.9724 – 0.9620. The level 1.0095 is critical in this scenario. 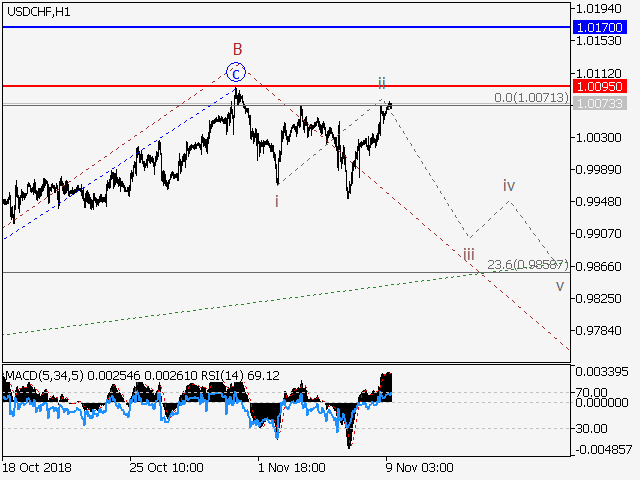 Also tagged with one or more of these keywords: usdchf, forex

0 user(s) are reading this topic

Skin Designed By Evanescence at IBSkin.com